This website aims to tell the history of regatta yachttimer watches. To do this as complete as possible your help is needed. For your feedback or a contribution to the site please go to the Contact page. 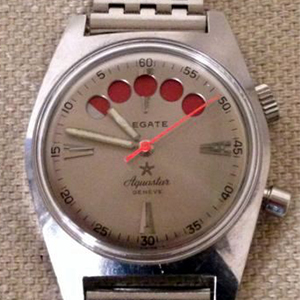 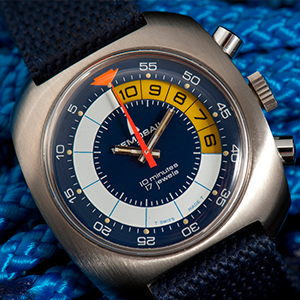 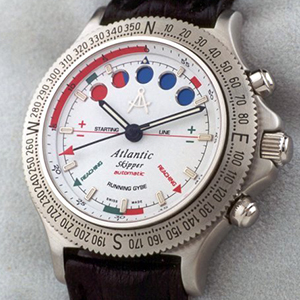 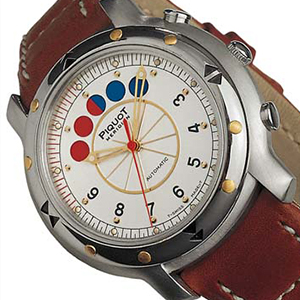 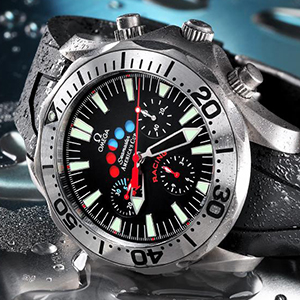 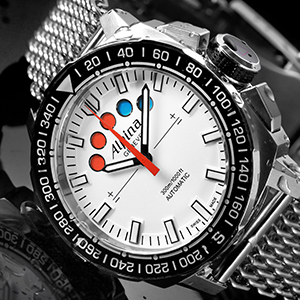 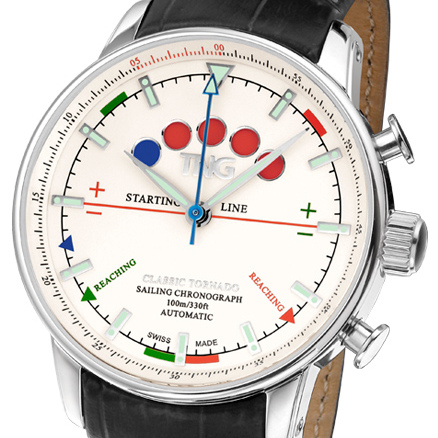 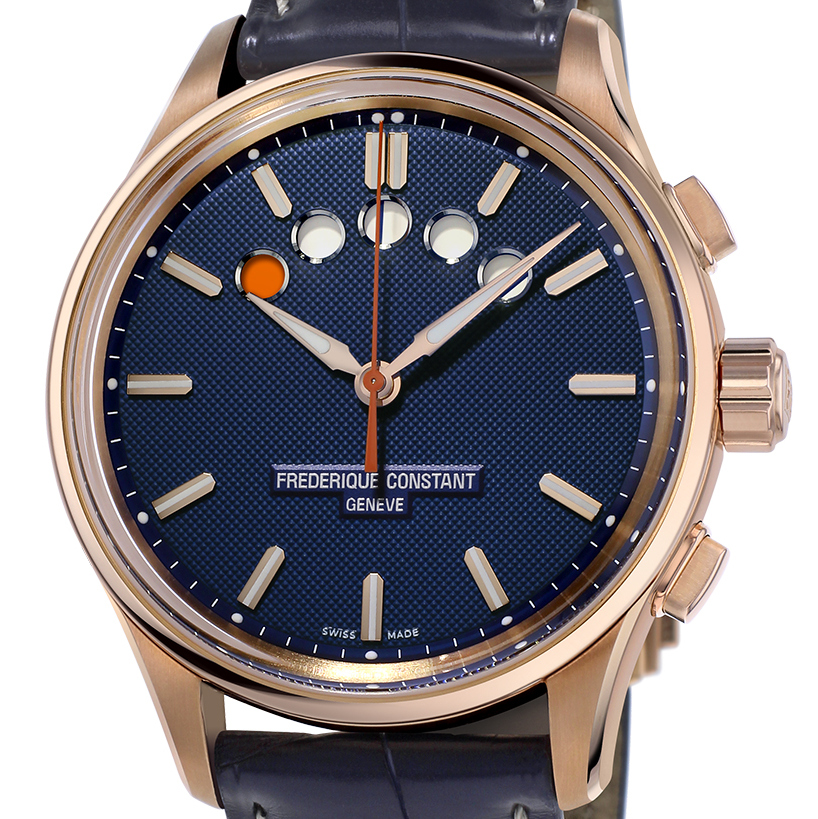 Beginning 2020 I was contacted by the Portugese designer Danny Luís (BOLDR Supply and ESCH design), and BOLDR’s founder Leon Leong, as the brand started to create a new Regatta watch concept, one particular style BOLDR never had explored before. I am proud I was able to give some feedback and insight for their project,…

Altough the Yachttimer watch with the mechanical 5-dot countdown system dates back to the mid 1960’s (with the first type Aquastar Regate), over 50 years later we are still treated with some beautiful new pieces. I recall the Maurice Lacroix Pontos S Regatta, the TNG Classic Tornado, the Bremont Regatta AC and Otusa, the  Ulysse…

Since the introduction in 1998 of the Tornado with quartz movement, it took the Dutch Tack & Gybe 17 years to complete their research and testing to develop the new Classic Tornado with a unique automatic movement. Dutch design with Swiss made perfection! The Classic Tornado is the flagship of a new series of 15…

But what exactly is a regatta watch?

A regatta is a series of boat races, especially for sailing or rowing but even for powerboats. The term regatta comes from the Venetian regata (contention for mastery) or regatare (compete). Unlike any other competition at a regatta audible and visual signs are given before the actual start, instead of at the starting time. At first this was a 5 minutes period, later on 10, 15, and even 3 or 6 minutes. This countdown enables the competing yachts to manoeuvre the boat as best as possible to the starting line and time of the race.

Yachttimers, also referred to as regatta timers, yachting chronographs or sailing watches, are watches specially designed and made for the countdown to the start of a sailing race. They have a special feature to visualize the remaining time to the start, helping the helmsman to obtain the best position, reaching the starting line at full speed, just as the starting gun sounds!

Over the years various mechanical (and quartz) regatta movements have been developed. These movements are described in the brand list, underneath you see the caliber timeline.

Mid 1960’s: introduction of the Aquastar Regate, with a Felsa 4000N movement. Shortley after used by Heuer as well. The first wristwatch movement using the 5-dot system for measuring the 5 minute regatta countdown!

Beginning 1970’s: both Le Phare and Lorenz introduced their yachttimer, with a Valjoux 237 movement.

1970’s: introduction of the Memosail, with a Valjoux 7737 movement. In 2007 Habring uses this movement for their ChronoSport Nautic.

1970’s: introduction of the new Aquastar Regate, with a Lemania 1345 movement. Followed by Tissot, Omega and again Heuer and a little later by Lemania itself.

Late 1970’s: introduction of a V.I.P Memosail, with a Valjoux 7767 movement. Later both Lorenz en Constantin Weisz will use the movement as well.

Mid 1980’s: the Valjoux 7757 movement appears in the Memosail Automatic, the Atlantic Skipper, the Wyler Vetta La Giraglia and the Eberhard Regatta (and some smaller brands). Sofar it’s not clear which came first, but probably the last one.

2003: introduction of the Omega Seamaster Diver America’s Cup Racing, with the Omega 3602 movement (ETA 2892-A2 with a DD 2027 regatta module). Same caliber used in the Bulgari Diagono Professional Chrono Amplificator.

2003: introduction of the Bulgari Diagono Professional Regatta, with an ETA 2892-A2 movement with a DD 42028 regatta module.

2004: introduction of the Louis Vuitton Tambour LV Cup Régate automatique, with an ETA 2892-A2 movement with a DD 2140 regatta module.

2007: introduction of the Girard-Perregaux Laureato Regatta Tourbillon chronograph, with the GPV02 fly-back movement.

2011: introduction of the Alpina Extreme 40 Sailing Chronograph. with an Alpina AL-880 movement, based on a Sellita SW-500 chronograph movement.

2015: introduction of the Maurice Lacroix Pontos S Regatta, with a Sellita based movement with a DD2018 regatta module.

2016: introduction of the Bremont Regatta AC and Otusa, with a Valjoux 7750 based Bremont BE-17AE movement.

2017: introduction of the Ulysse Nardin Marine Regatta, with their Ulysse Nardin UN-155 movement. The first mechanical Yachttimer movement that runs anti-clockwise during the regatta countdown!

2019: introduction of the Frederique Constant Yacht Timer Regatta Countdown, with their FC-380 movement, based on an automatic Sellita SW-500 chronograph movement with a regatta countdown module.

I found a rare yachttimer watch made by Bulova, with a Valjoux 7757 movement. It is described in the Atlantic section.

2022.04.15 I added two pictures of the new Boldr Odyssey Regatta with an Admiral-blue dial and bezel, with Ice-blue subdials. Great looking version!!

2022.04.03 I added pictures of an Aquastar Tissot Regate caseback with an alternative Aquastar engraving. As the printed version.

2022.01.09 I added some pictures I got from Bruce Mackie of an amazing and very rare unbranded Yachting stopwatch. Please do check out the Stopwatch section!

2022.01.06 I did some more investigation of the history of Seiko's Yacht Timers. They produced several models, which are now listed in the Brand list.