Being the owner of Memotime since 1988, it is understandable that one of their models appeared  bearing the Corum name on the dial. Mid 1990’s the Corum Admiral’s Cup ‘Régate’  was launched. 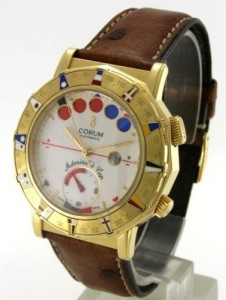 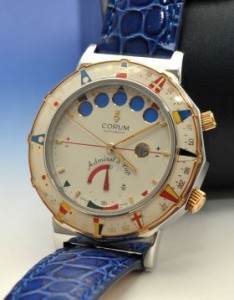 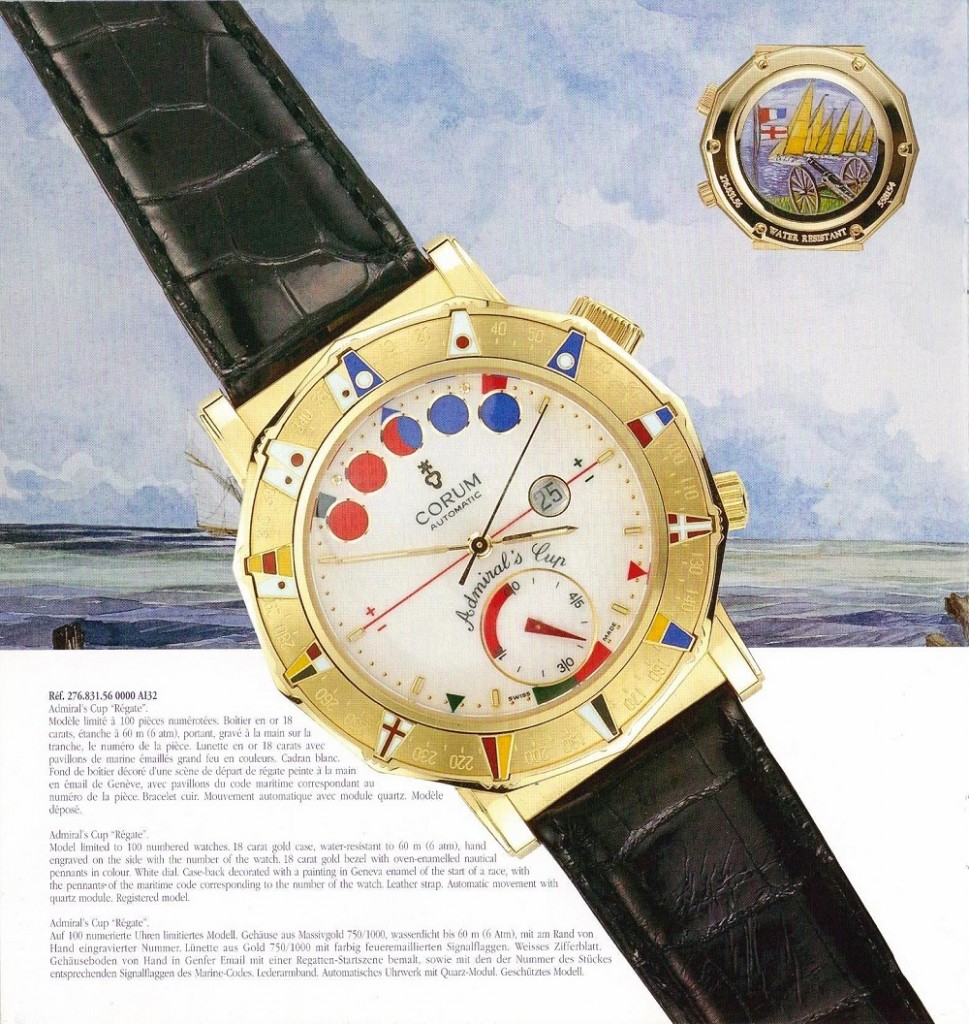 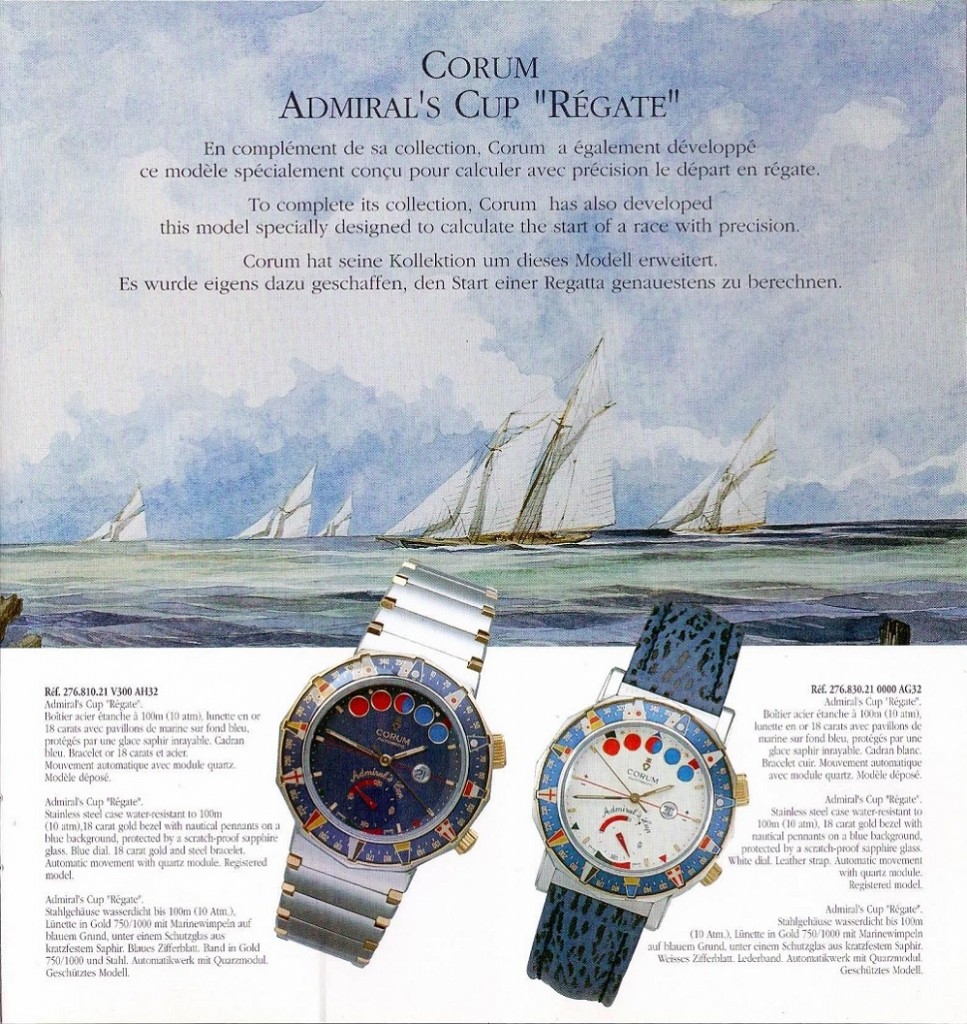 2013. As a longstanding partner of the most prestigious regattas, the development of a caliber combining a countdown function with a chronograph was a logical step for Corum. This has now been accomplished in the new Admiral’s Cup AC-One 45 Regatta, equipped with a regatta function entirely developed by Corum.

How the regatta countdown works:

Before the first regatta sound signal, the countdown is programmed via the crown to the number of minutes set by the regatta criteria at between 0 and 10 minutes, and then starts running at a press on the pushbutton. The countdown function of the Admiral’s Cup AC- One 45 Regatta begins counting off the minutes until the race start. If it is set to 10 minutes, the transition to 9 in the aperture pointed to by the red arrow at 3 o’clock takes the form of a jump after 60 seconds, after which the other minutes are marked off down to 0, when the final gun marking the race start is fired. This regatta movement enables the competitor to set its countdown function incrementally to any given minute between the first and last sound signal prior to a race.

When the boats can at last cross the starting line, an ingenious “crazy” wheel blocks the countdown gear train, while the chronograph continues running to count off up to 12 hours of racing, via its red central sweep-seconds hand and its 30-minute and 12-hour counters at 12 and 6 o’clock respectively. 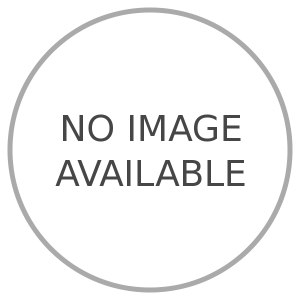 The caliber CO 040 features a jumping countdown function adjustable from 0 to 10 minutes, a numerical aperture-type display, as well as a chronograph capable of timing up to 12 hours of racing.