The Tissot company was founded by father and son Charles Félicien and Charles-Emile Tissot in 1853, in Le Locle Switzerland, and hasn’t moved from there ever since. Today it is a member of the Swatch Group, the world’s largest watch producer and distributor. Tissot was the first watch company who developed a watch in the late 1960’s with a fiberglass case, dial and bezel: the Sideral with regatta countdown indication. 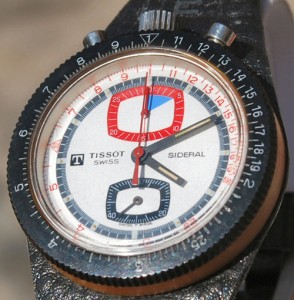 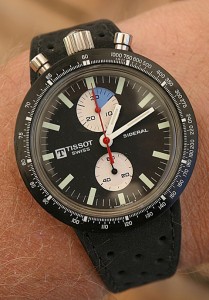 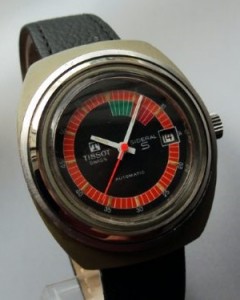 Several versions of the Tissot Sideral. The S in ‘Sideral S’ stands for Sport.

In 1930 both watch brands Omega and Tissot united in an important Swiss Watch Group, the Société Suisse pour l’Industrie Horlogére SA (SSIH). Both remained independent, and in 1932 also Lemania joined. In the seventies also Tissot was hit severely by the quartz crisis. Eventually the rescue was brought in 1985 by the merger of the SSIH and the ASUAG (Allgemeine Schweizerische Uhren AG) into the Swatch Group, which led to an extensive reorganization of the Swiss watch industry and the opening up of new markets. 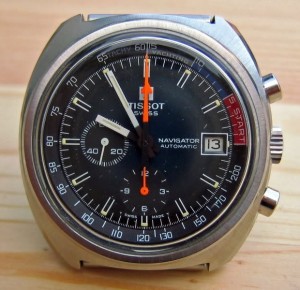 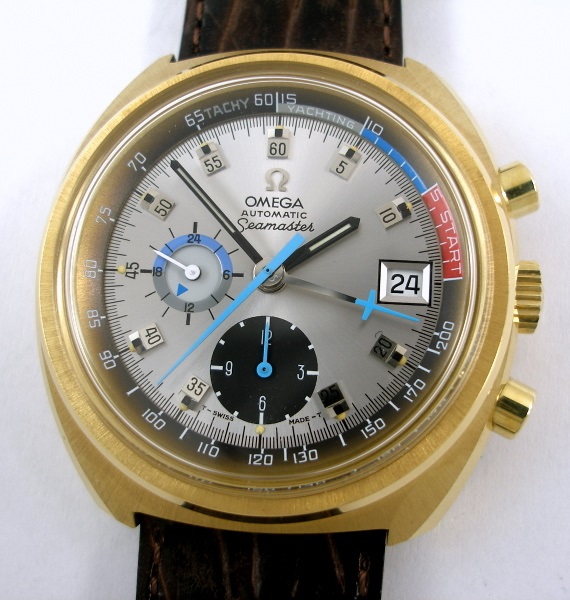 When in the 1970’s Tissot introduced their version of the Regate  with the Lemania 1345 regatta movement, the dials were branded both Tissot and Aquastar. It came available in the same but slightly modified Aquastar 2-piece-case or the one with the Lobster bracelet, both cases either with a silver or a black dial. 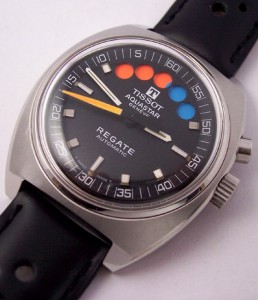 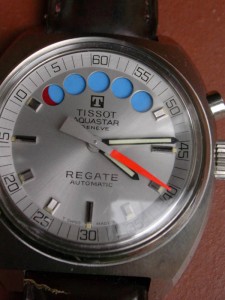 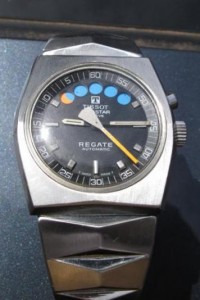 The 2-piece-case that Tissot used is the same as the original Aquastar one, except for the chamfered section on the lugs (see the red circles in the pictures below): 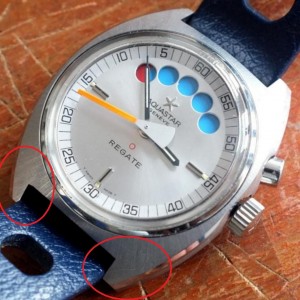 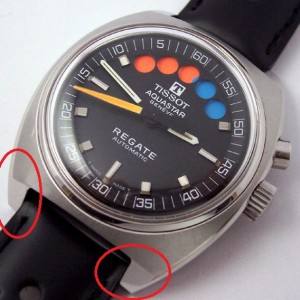 Both the 2-piece-case and the lobster-bracelet-case have a different caseback than the Aquastar models, featuring the Spanish Galleon as seen on the caseback of many other Tissot models from the same period. Around it there’s a text printed and it has an engraved serial number. The paint would easily wear off though. The rotor of the used Lemania 1345 movement was signed Aquastar as before: 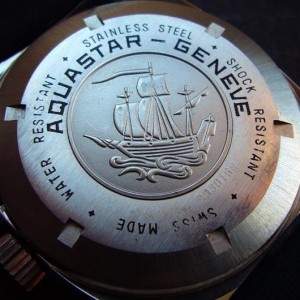 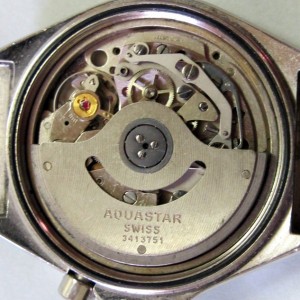 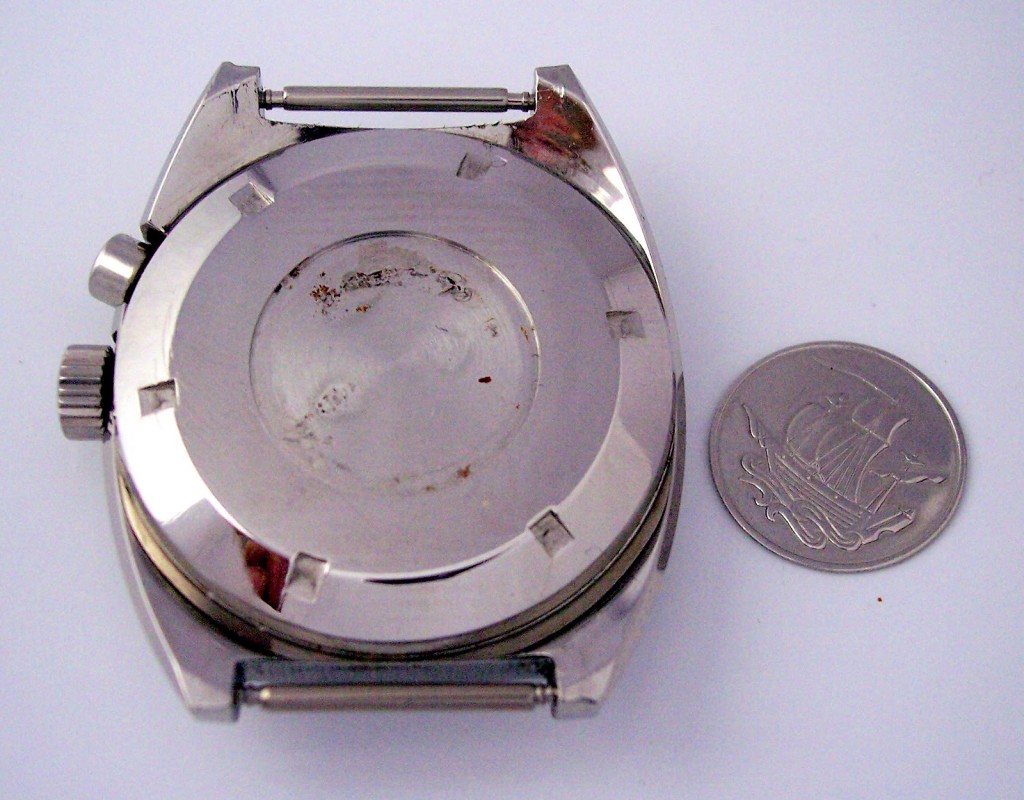 The Spanish Galleon on the caseback is not engraved, but glued as a circular inlay upon it. This means it can come loose with an ultrasonic cleaning.

The Tissot  Aquastar Regate  version with the steel lobster bracelet has a T-signed clasp: 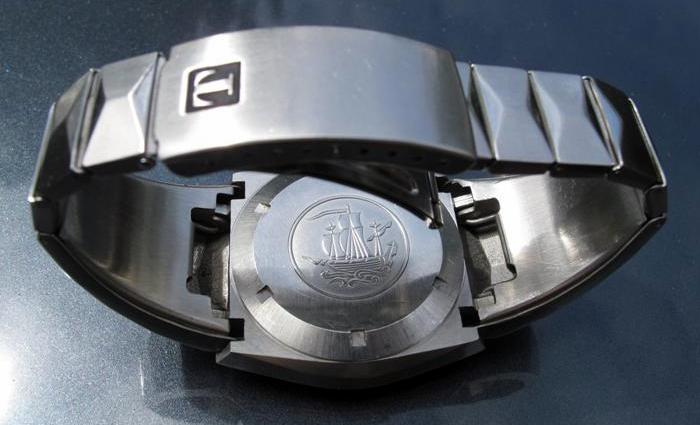 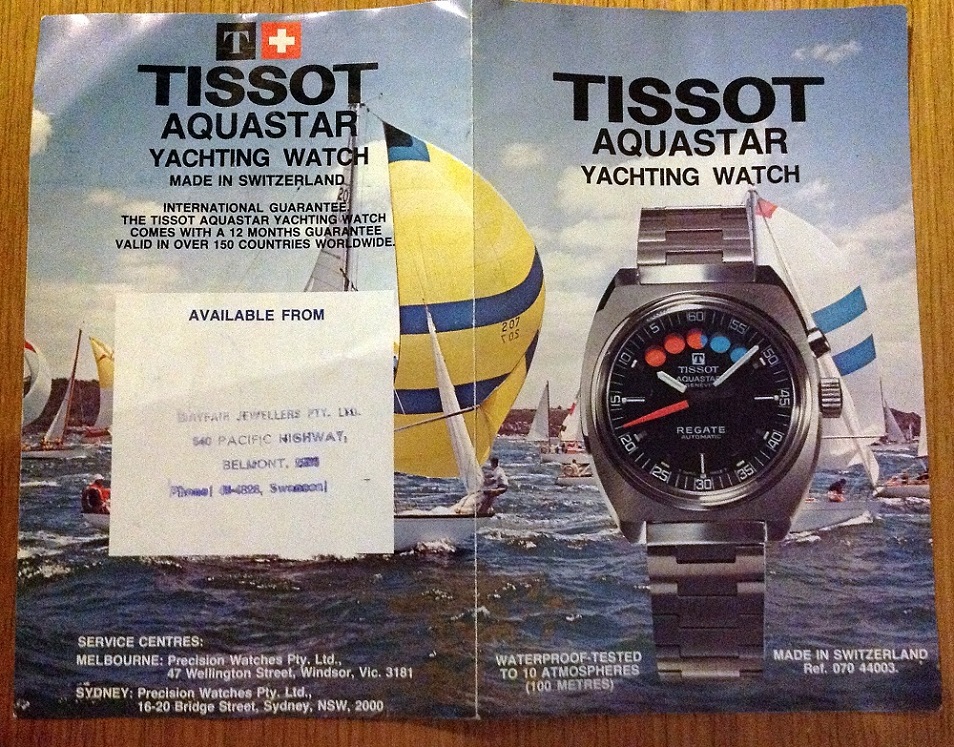 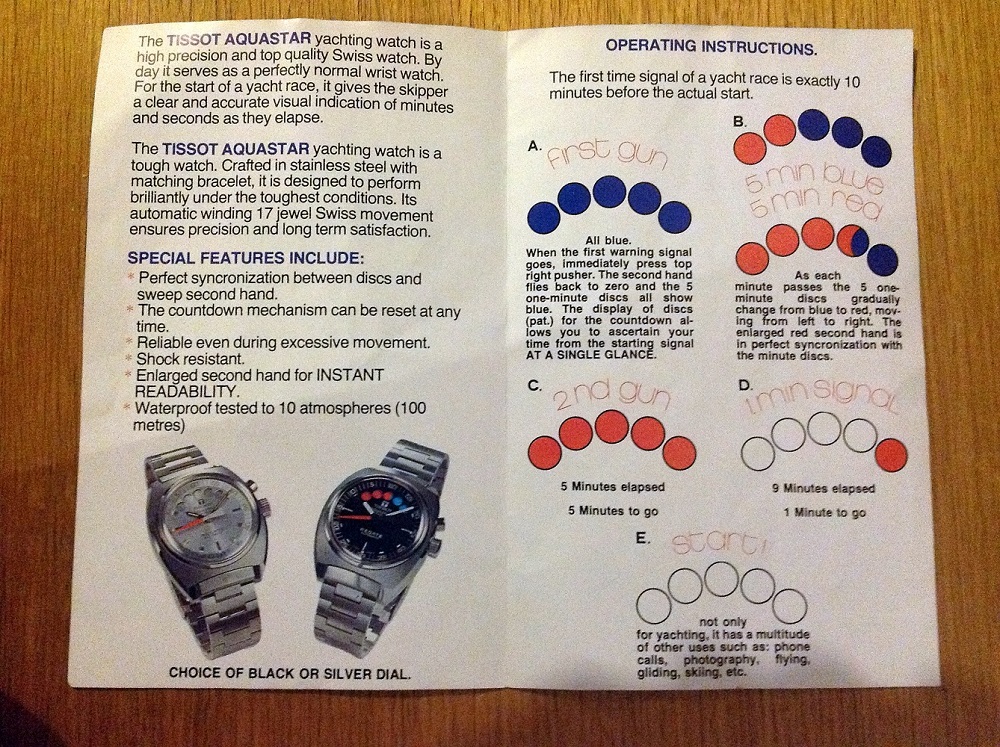 Australian brochure for the Tissot-Aquastar Regate.

In the years to follow, also co-branded Tissot-Aquastar versions of the Regate Olympic Start  and Regate Newport  were sold. Mind that the Tissot logo and name are now at 3 o’clock on the dial, instead of 12 o’clock: 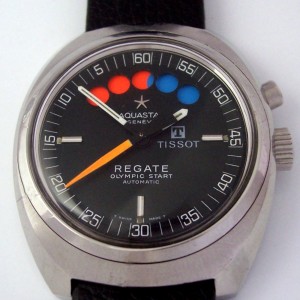 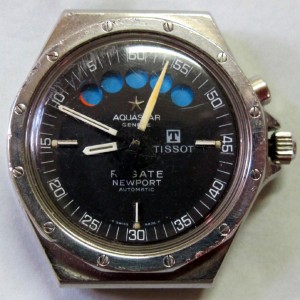 It seems that Tissot got the cases for the Olympic Start and Newport models from Aquastar and not from Heuer, as they have the Aquastar-Star at the caseback: 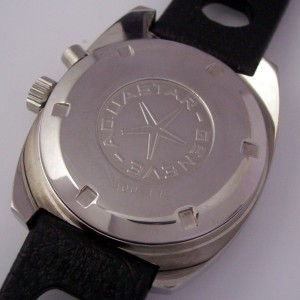 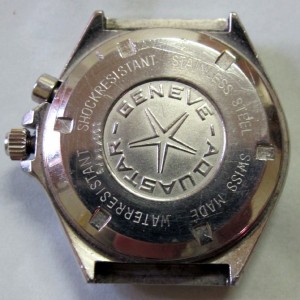