In 1883 Gottlieb Hauser founded his Alpina Swiss Watchmakers Corporation, and in doing so united the leading Swiss independent watchmakers who became known as the Alpinists. In 1901, the trademark ‘Alpina’ was registered and appeared for the first time on high-end calibres and watches produced by Gottlieb Hauser. As many other watch brands, the company came in a difficult period in the 1970s when the quartz crisis violently crushed the Swiss watch-industry. Whereas other major brands got together to form groups (as the Swatch Group), Alpine tried to fight the crisis alone. Unfortunately rather unsuccessful. After a purchase of all shares in 1972 by German investors, Alpine Watch International SA was acquired by Frederique Constant with the Dutch Peter Stas as CEO in 2002, and soon after Alpina watches were relaunched worldwide.

As of that moment, Alpine again is manufacturing its own movements. And as a sponsor for various regattas, the idea for a new regatta watch was born. But when ETA discontinued the production of the Valjoux movements, as among the 7757, Alpina decided to develop an in-house module for the regatta function.

In 2011 Alpina launched the Sailing Collection, starting with the Extreme 40 Sailing Chronograph, co-developed to emphasize the collaboration with the Italian Extreme 40 catamaran Team Niceforyou. 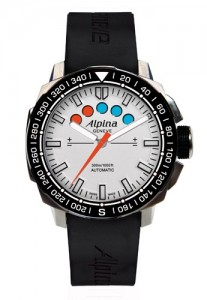 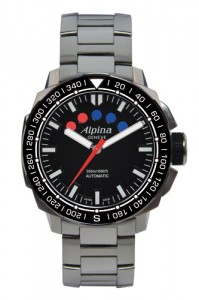 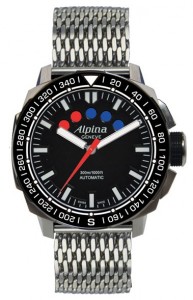 Alpina presents each of these new limited edition (just 8,888 pieces will be produced) watches in a specially designed gift box, which also contains a miniature reproduction of the Extreme 40 catamaran! 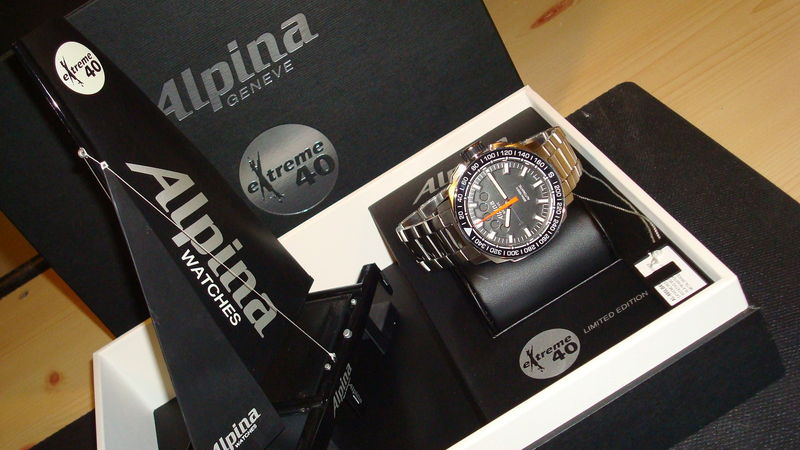 Alpina Extreme 40 Sailing Chronograph with a scale model of the Extreme 40 catamaran.

As the Valjoux regatta caliber 7757 functioned as the example for Alpina their regatta movement, both calibers function more or less the same.

The Alpina caliber AL-880 has the crown to set the time at 3 o’clock, and two pushers for the countdown function. One pusher at 2 o’clock for start/stop and one pusher at 4 o’clock for reset. Under the dial lays the indicator disk coloured white, blue and orange, or black, blue and orange, depending of the colour of the dial. There are five round apertures cut out of the dial, between 10 and 2 o’clock.

After a reset the five dots colour white (or black), and the central orange seconds hand resets to zero. When the chrono is activated the countdown starts and the seconds hand is set in motion. The indicator disk runs continuously clockwise. After one minute the first dot colours blue, and after five minutes all 5 dots colour blue. Again one minute later, so after 6 minutes, the first dot colours orange. And after 10 minutes all dots colour orange. Unless you push the stop pusher, the indicator disk doesn’t stop revolving. After another 5 minutes it’s coloured white (or black) again, and so on. So this Alpina regatta countdown function can be used for a 10 minute start as well as for a 15 minute start. 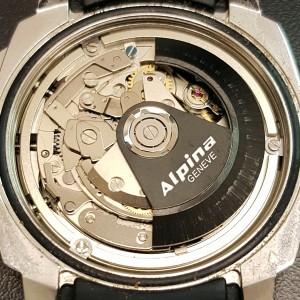 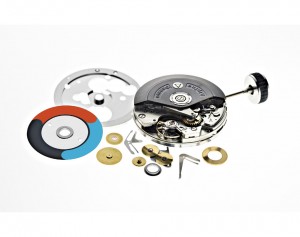 Based on the Sellita SW-500 chronograph (Sellita’s equivalent for the Valjoux caliber 7750), Alpina developed an in-house module, designed to time the 10 minute countdown to the start of a regatta. In the event of any interruption to the regatta’s starting time, the AL-880 movement has a feature allowing the countdown to be held and then re-started when appropriate.

Although the movement doesn’t have any ID number, the production of the watch is limited to 8,888 pieces. The production number is engraved on the caseback.

At the start of 2013 Alpina introduces a new model in the Sailing Collection: the Alpina Sailing Yachttimer Countdown. This model has a countdown window from 12 o’clock to 4 o’clock, with the indicator disk changing from 10 to 1 and leading to the fluorescent START indicator. 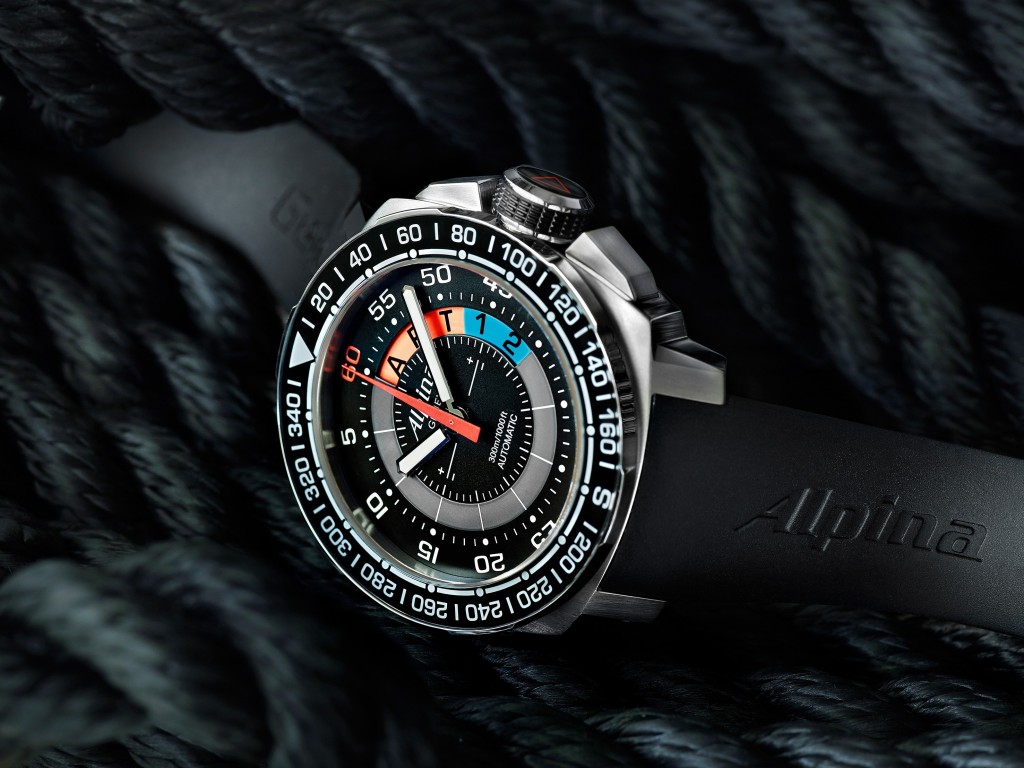